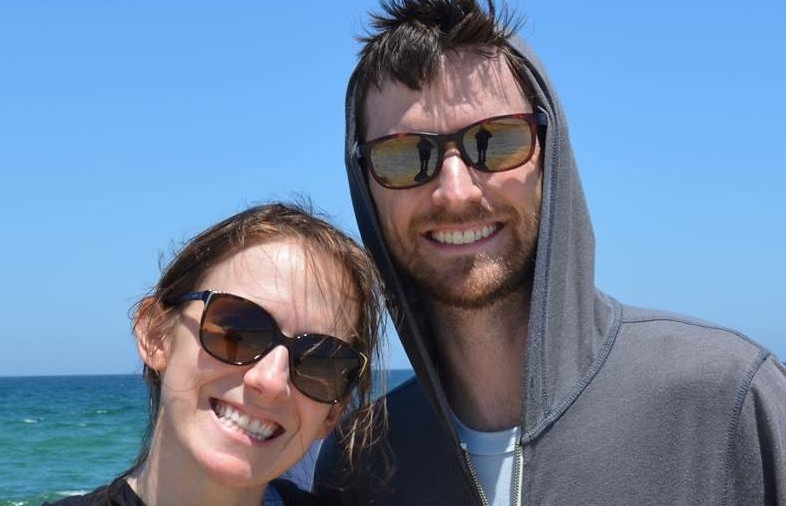 Last year’s Grassroots Awards winners put on a fundraising display like no others. They leveraged every channel at their disposal to garner donations from more than 50 individuals. We just had to know how they did that!

Did you set out to reach a lot of people from the get-go? Or was this, perhaps, something that you observed you could accomplish midway through your campaign?

The goal is always to raise as much money as possible. We knew that if we really leveraged our networks we could drum up a lot of individual donations but we were definitely overwhelmed by the support!

Your campaign seemed to gain steam toward the end. Did you modify your approach at all to capitalize on this momentum?

The leader board was a great motivator for us. As the campaign neared the end and we saw that we were close to the top, we did some last minute dialing for dollars to make a final push.

DONATE TO BRITTANY & BRIAN
What channels did you leverage to get the word out?

The Jolly Jump website was our biggest asset. Being able to forward a link simplifies the whole process and makes it much easier to donate than the early days when we were out asking for cash and checks. We primarily used Facebook, Instagram, and direct texts and emails to connect with people.

I’ve never seen so many unique donors. Can you attribute anything specific to your campaign to garner so many individuals? Or are you just that popular?

When we solicited donations, we always focused people’s attention to the fact that the funds were going to help a specific individual affected by cancer. For 2017, we added to the story that the recipient was a dear friend of ours which seemed to make a personal connection with people. Knowing that we could help out Del with every dollar raised kept us motivated throughout the campaign as well. Also, when people saw Del’s photo on the website, their wallets opened up since everyone wants to help a hottie.

I know you both graduated from BU. Did that network turn out to bear much fruit? What other communities did you tap?

Our friends from BU are always big supporters of our Jolly Jump efforts. Some of them had the pleasure of already knowing Del which helped garner additional support. We also received donations from work colleagues, family, and friends.

Any advice for new jumpers who wish to take a similar approach?

The key is to not be shy about asking for a donation. This is a really important cause and you would be surprised at how many people are willing to help. Pointing out that you will be jumping into the ocean is a great ice-breaker. Also, direct outreach will be more effective than a passive approach of just posting on social media.

Anything else you think may have been interesting about your campaign that I did not address above?

We are proud of our fundraising efforts last year but all the credit goes to the Woodfords and the rest of the Board who work so hard to put on a special event every year.

Will you take a similar approach this year?

Yes! We hope to have another great showing this year. Best of luck to all the jumpers.